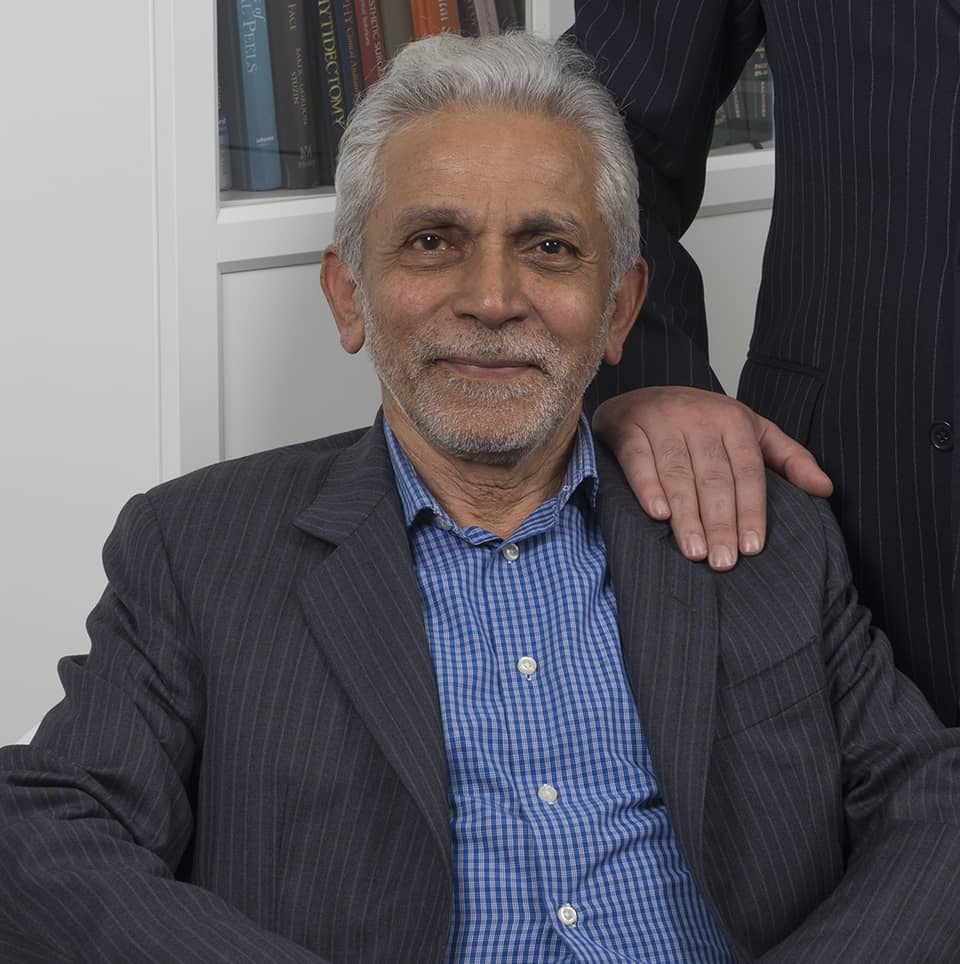 Mr. Nasser A Nasser is a Consultant Maxillofacial Surgeon with an extensive experience in all aspects of maxillofacial surgery. He offers state-of-the-art specialist care for patients seeking corrections of nasal deformities.

Mr Nasser is known internationally for his special interest in reconstructive and aesthetic rhinoplasty, which he has practiced and taught widely for the last thirty years. His expertise extends to correction of nasal deformity for trauma, and cleft lip nose deformity.

Mr Nasser received his specialist training in London. He holds dual qualifications in Dentistry and Medicine and works as a consultant in the NHS at Whipps Cross and the Royal London Hospitals.

For the last twenty years, he dedicated his academic work to teaching nasal anatomy and techniques of rhinoplasty around the world. He has also contributed extensively in surgery of facial deformities in austere and war zones operating on hundreds of patients in Syria and Libya.  His work has been recognised in numerous peer reviewed articles, keynote lectures, prizes, honours, and awards. Mr Nasser is a member of the following organisations

Would you like to speak to us about a procedure?

Mr. Nasser offers the following services. Click on any link below to find out more about a procedure.