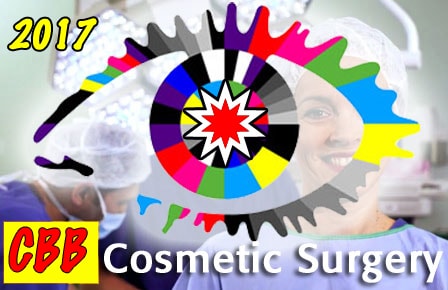 Earlier this month, a string of famous faces entered the television house – and viewers were quick to notice that the majority of them looked both young and glamorous.

But is it all natural? Well, not in every case. In fact, several of this year’s contestants have previously been very open about going under the knife to heighten their fabulous appearance. With this in mind, here’s who’s had work done on Celebrity Big Brother 2017.

JEMMA LUCY
Ex on the Beach star Jemma Lucy has undergone a string of operations to achieve her look. Just some of the procedures she’s admitted to include a boob job, liposuction, a bum lift and cosmetic fillers. Prior to joining the show, Jemma said that she was inspired to have a breast enlargement because of Katie Price. The 29-year-old recently told Closer: “When I began glamour modelling, I was massively inspired by Katie and the way she looked, so I went for the biggest implants I could have.”

BRANDI GLANVILLE
Real Housewives of Beverly Hills star Brandi Glanville isn’t holding her tongue in the house. It’s really no surprise given that the reality star has previously been very open about her personal life – not to mention her experiences of going under the knife. In 2014, Brandi confessed to Radar Online: “I’ve had my boobs done and my vagina tightened.” The American star had since dished the same details for audiences on Channel 5.

SARAH HARDING
Girls Aloud singer Sarah Harding has previously denied that her appearance isn’t totally natural. Last year she went on This Morning and insisted ‘I haven’t had plastic surgery’ during a candid chat with hosts James Martin and Anita Rani. However, fans are dubious over this – especially considering that Sarah once admitted to having lip fillers during an interview with Fabulous in 2011. She’s also rumoured to have had cheek fillers and cosmetic fillers.

FLAWLESS LOOKS AREN’T JUST FOR CELEBRITIES
These ladies look absolutely amazing – and if you’d like to achieve a similar look with the assistance of cosmetic surgery, then we’d love to talk to you about our options here at the Belvedere.

Speak to us now or read more about cosmetic surgery at the Belvedere Clinic.  We have locations in London, Kent and Essex.