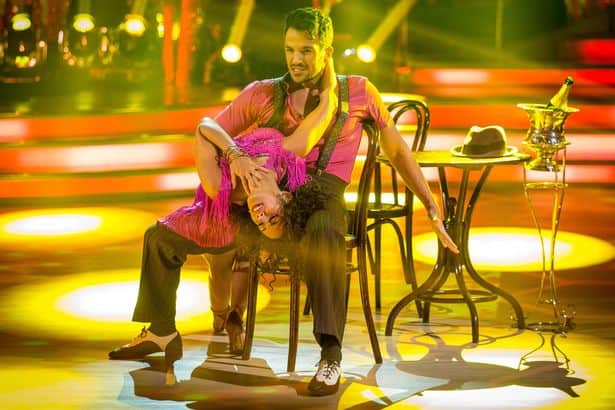 The news coming from the world of Strictly Come Dancing this week is not from the dance floor, but rather from an area closer to home for us in the cosmetic surgery circles following claims professional ballroom dancer, Janette Manrara opted for a boob job to try and tackle her body insecurities.

According to national newspaper The Sun, the professional ballroom dancer was dealing with on-going insecurities in regards to her figure that most of us can only lust after. But for Janette feeling uncomfortable with the way she looked for some time meant she needed the confidence-boosting op, apparently.

So in her bid to try and beat her low self-esteem issues, the ballroom beauty booked in to have the popular procedure prior to the TV show getting under way. It was reported that she recovered from the operation just in time for the start of the new series, in which she has been paired with celeb Peter Andre.

“Janette told the other dancers about her op and is really proud about how great she looks,” a backstage source told The Sun.  “Obviously it’s hard being on the show with the amount of scrutiny your body comes under, especially in the tight costumes they wear.”

Yesterday, a source close to the star claimed: “Yes she has had a boob job. It was a personal decision.”

Speak to us now or read more about breast enlargement at the Belvedere Clinic.  We have locations in London, Kent and Essex.